Record temperatures may have hit the UK in July but it was the Under-20 Six Nations Summer Series that brought the heat to Italy.

The inaugural series, which filled in for the World Rugby Under 20 Championship, will be remembered as a classic, with breathtaking tries, action-packed matches and dramatic finishes aplenty.

South Africa finished unbeaten despite having not played an international fixture for a year, while Wales cast off their Under-20s Six Nations woe to win each of their Pool fixtures in a thoroughly impressive campaign.

For many of those involved, this was their final taste of Under-20s rugby and the action is sure to live long in their memories as much as it will the supporters of the eight competing nations.

Here is how a memorable three weeks unfolded.

It has been a sensational few weeks 👏

Sit back and enjoy the best bits from our #U20SummerSeries 🤩🍿 pic.twitter.com/ai0KVtZRIE

ROUND 1 – South Africa make a statement of intent

Fears that the players may be undercooked were put to bed within minutes of the opening fixture as England and South Africa went toe-to-toe in a ferocious contest.

The first score of the Championship arrived soon after and it was a stunner. Fly-half Sacha Mngomezulu’s kick bounced perfectly into the arms of Suleiman Hartzenberg, and the winger had the simplest of finishes in the corner.

Mngomezulu ultimately proved to be the difference between the sides, weighing in with three assists in the Junior Boks’ 30-22 triumph. 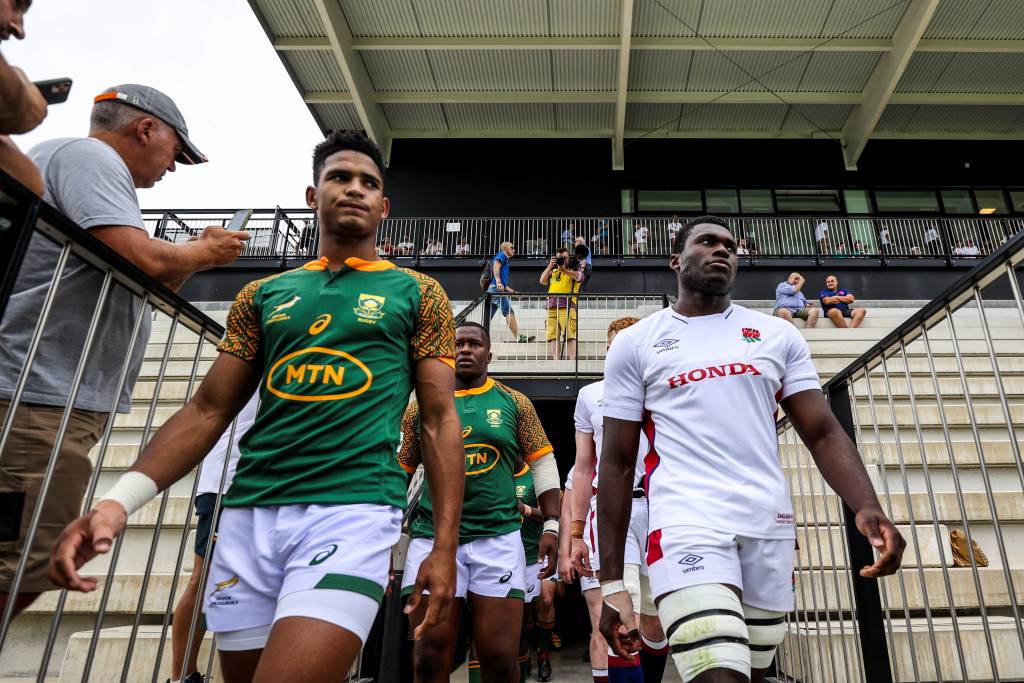 France then exacted revenge for their agonising Under-20s Six Nations defeat to Ireland with a comfortable 42-21 win over Richie Murphy’s much-changed side.

The Pool B action then kicked off with a seven-try win for Wales over Scotland. Flyers Harri Houston and Oli Andrew were instrumental to their side’s success in Treviso and both registered their first scores inside the opening 40 against Scotland.

Vintcent: No concerns for future of Italian rugby

In an opening round full of sublime scores, none was better than the stunning break-and-pass from Nicolo Teneggi which allowed Dewi Passarella to race clear sparking delirium among the home crowd.

Arguably the pick of the ties in Pool A, England left France feeling a little blue after a remarkable win over Les Bleuets.

The Junior Red Roses were reduced to 12-men in the latter stages but still managed to hold on thanks to a glorious team effort which culminated with substitute Jed Walsh flying over the line.

South Africa were keen to avoid an equally tense encounter against Ireland, racing into a 23-point half-time lead which took them top of the group.

Wales then succeeded where Ireland could not, overturning a half-time deficit against Georgia, the first time a team had successfully come from behind to win in the Summer Series.

While the Junior Lelos had the upper-hand in the pack with all three scores coming from lineout drives, Wales had too much out wide as Houston crossed twice after fly-half Daniel Edwards had earlier scored in the corner. 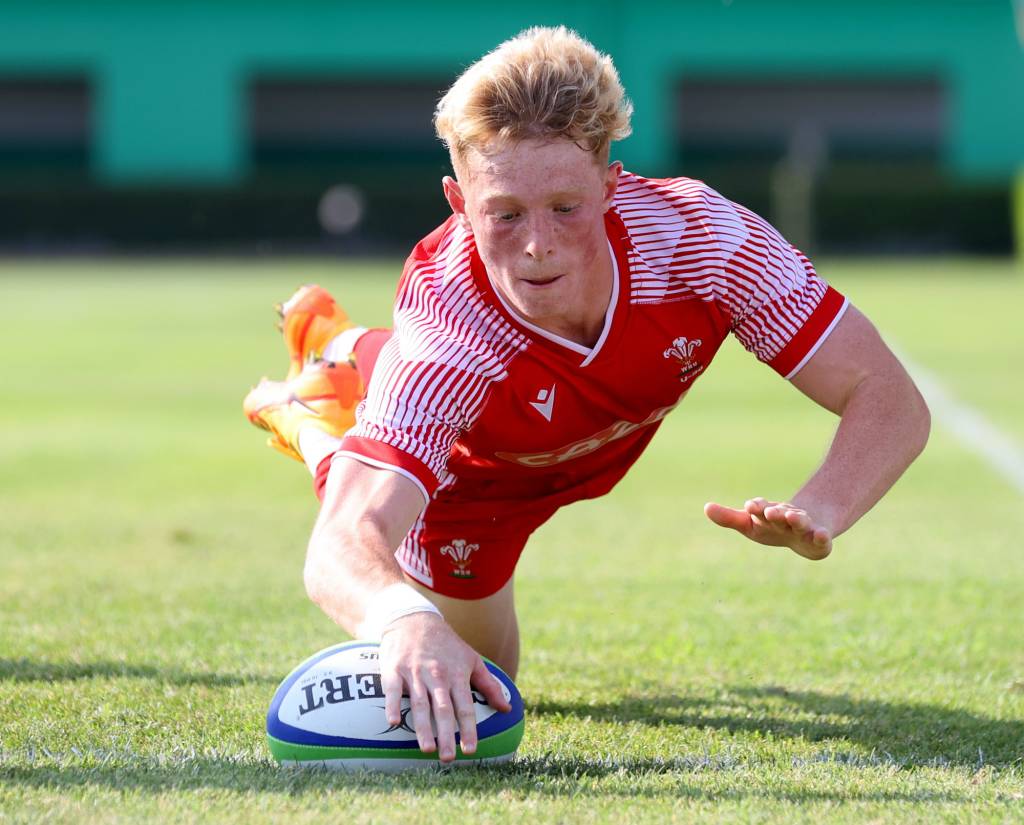 Italy then made it two from two and set up a showdown for top spot in the group with Wales after a late flurry of tries helped them to a 34-14 win against Scotland.

Federico Cuminetti was the only player to touch down in each of the three Pool fixtures and he opened the scoring inside 60 seconds here.

An epic under the lights concluded the Pool-stage action as a last-gasp Joe Hawkins penalty carried Wales into the tournament showpiece at Italy’s expense.

The Azzurrini dominated for large spells but could not break through despite Wales being temporarily reduced to 13-men.

Italy were set to go through on points difference before Hawkins, who only assumed kicking duties for the first time in the group-stage finale, kicked from half-way to complete a remarkable turnaround from the Under-20s Six Nations, where Wales had finished second-bottom and lost 27-20 to Italy.

Georgia had earlier secured their first win of the tournament with a resounding 55-17 win over Scotland. 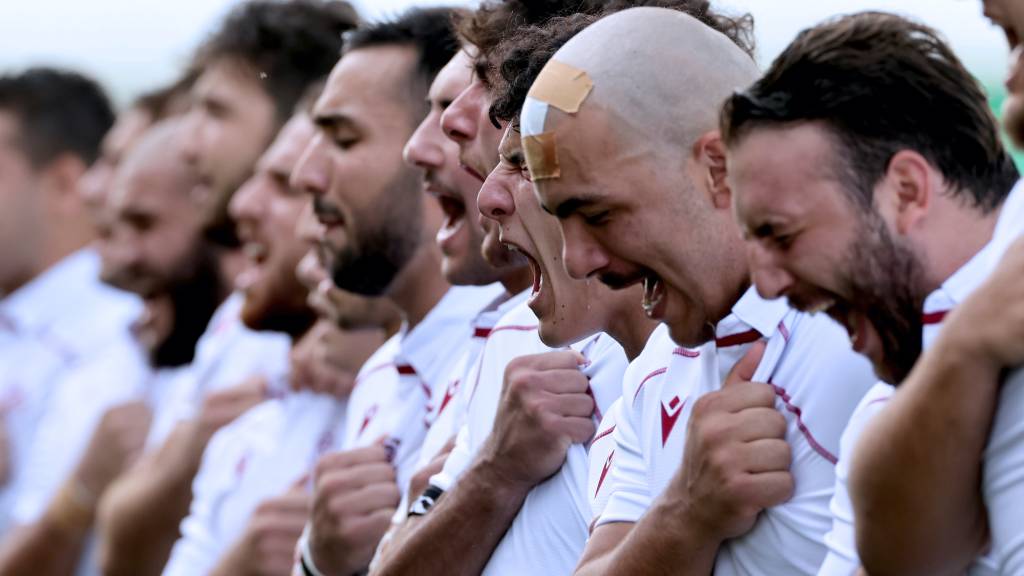 They scored eight tries in all, the most by any side in a single fixture across the tournament, with seven of those coming from the forwards.

Ireland were made to work for their first points, with a late Sam Prendergast kick giving them victory in a frenetic 37-36 win over England.

South Africa then wrapped up top spot in Pool A as they saw off France 42-27 in a topsy-turvy contest in Verona.

Ireland’s return to form continued with a merciless showing against Scotland, with four tries inside 16 minutes on their way to a 41-24 win.

Fly-half Prendergast crossed for that fourth score, capping a fantastic tournament from the 19-year-old who had only made his Under-20s bow in Round 1.

Despite going behind against Georgia, France fought back to finish their campaign in style with a 44-17 victory. Winger Gatien Masse was the star of the show, with two efforts in the space of seven first-half minutes.

Italy recovered from their late heartbreak against Wales to secure third in the tournament with a pulsating 38-31 success over England. 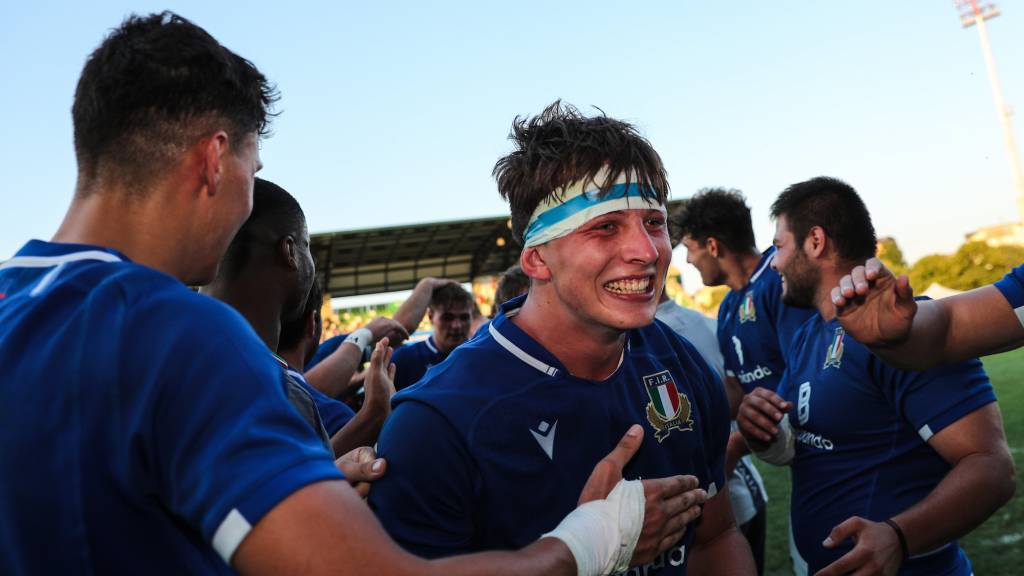 England edged the try count 5-4 but the boot of Teneggi and then substitute Giovanni Sante steered Italy to an unprecedented double over England after their earlier Under-20s Six Nations triumph.

Then in the Championship finale, a hat-trick from Tiaan Lange helped South Africa cement their status as the only unbeaten side.

Hooker Lange and winger Hartzenberg finished as the Championship’s joint-top scorers, demonstrating the breadth of quality across head coach Bafana Nhleko’s invincible side.

Share this article:
Previous Story Vintcent: No concerns for future of Italian rugby