Ireland No.8 James Culhane has been named the Under-20s Six Nations Player of the Championship after helping his side to the Grand Slam.

Culhane started every game for Ireland, who earned bonus-point wins in four of their five games.

The only exception came away in France where he played a pivotal role in a 17-16 success, Ireland winning the game thanks to a converted try in the final play of the game.

Culhane scored two tries, against Italy and in the Grand Slam-sealing encounter against Scotland, and played 380 minutes in total.

He racked up remarkable 485 metres with ball in hand across the five matches, while making 56 tackles and missing just two.

Culhane follows in the footsteps of the inaugural winner of the award, England scrum-half Jack van Poortvliet, who was crowned in 2021.

Commenting on the award, Six Nations Director of Rugby Julie Paterson said: “This year’s Under-20 competition was an outstanding edition of the Championship and we expect many of those who played in it to go on to have long and rewarding careers in rugby.

“James was one of several outstanding back-rowers to feature this year and should be very proud of earning this award.

“We wish him and all the other players who featured in the 2022 Under-20s Six Nations all the very best and look forward to following their careers in both club and international colours over the coming years.”

Culhane was one of four Ireland players to feature in the Team of the Championship, which also included eight Frenchmen, two Italians and two Englishmen, with equal votes going to two players in the second row. 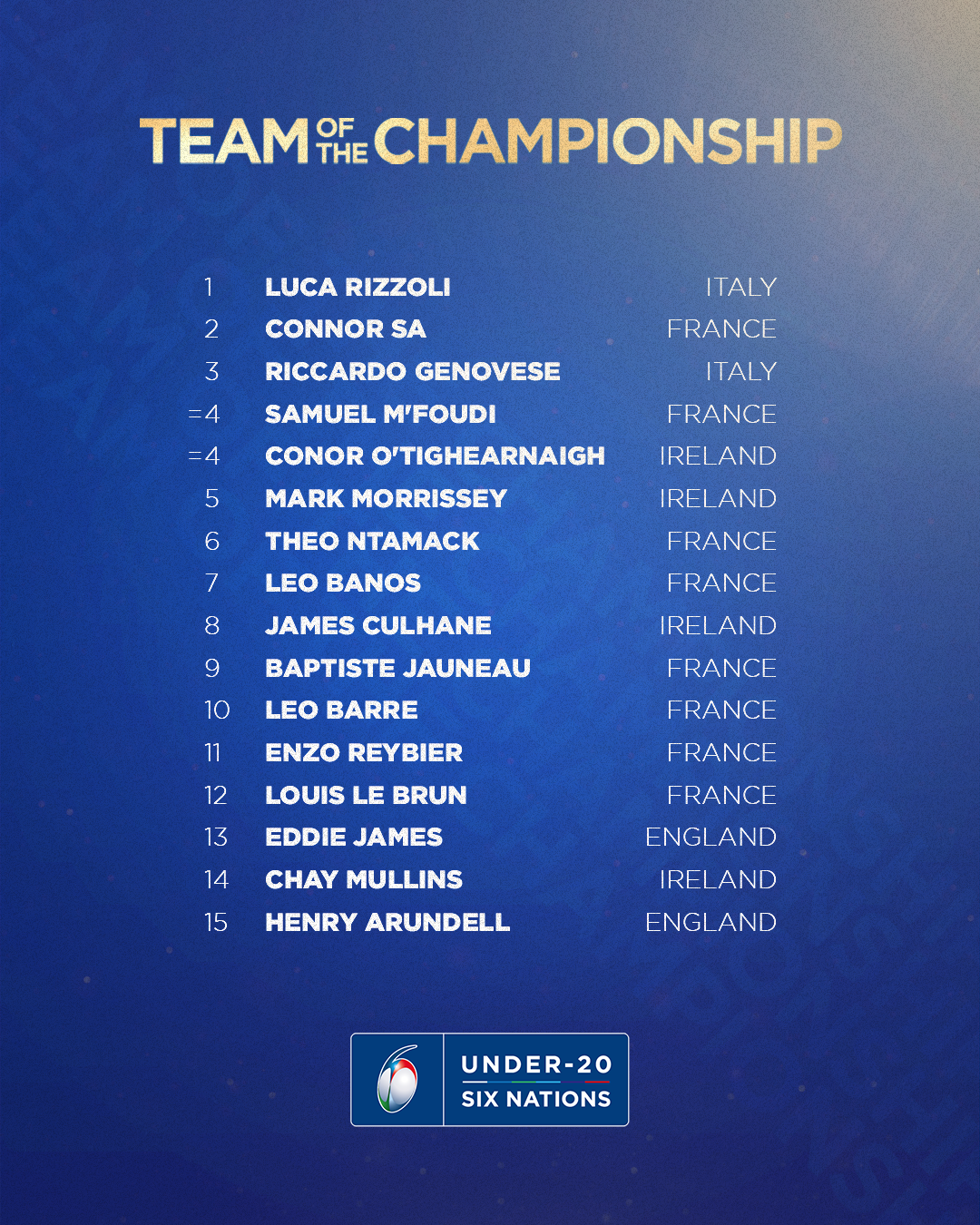 Team of the Championship: