Italy U20 head coach Massimo Brunello has made several changes to the side that claimed an historic first Six Nations Under-20s victory over England for their trip to Ireland.

After losing their opening match of the Championship to France, Italy recovered in style as they edged out the defending Six Nations Under-20s champions 6-0 in Treviso.

The Azzurrini now travel to Cork to face unbeaten Ireland and Brunello has tweaked his starting line-up for the contest, including the return of Ross Vintcent to openside flanker.

Vintcent takes the place of Carlos Berlese, who drops to the bench, joining captain Giacomo Ferrari and David Odiase in the back row.

Alessandro Garbisi and Nicolo Teneggi – who kicked the winning points against England – resume their half-back partnership while Francois Carlo Mey starts at outside centre. 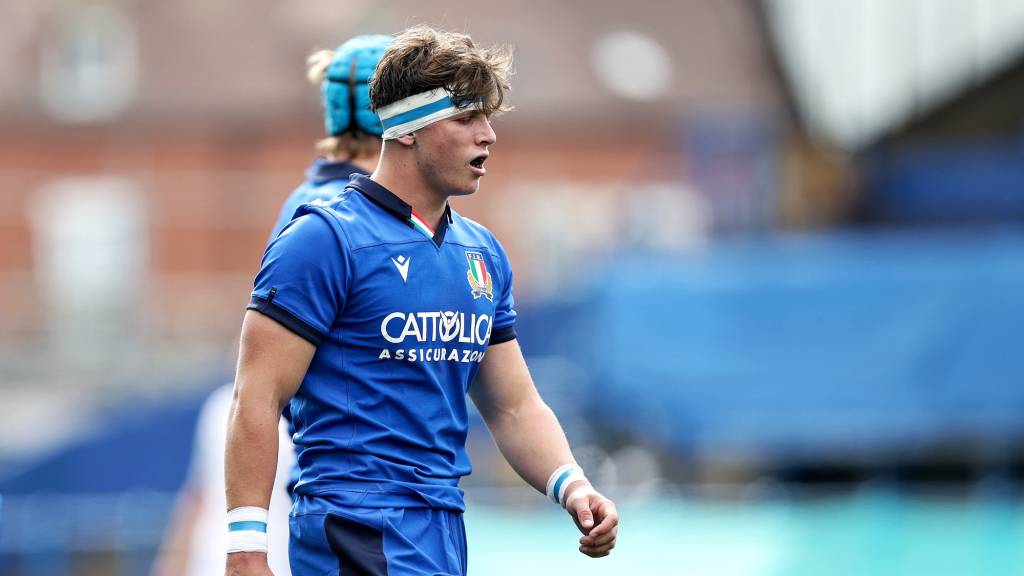 Mey started at full-back against England but his move to the midfield sees Lorenzo Pani take the No.15 shirt, with Federico Cuminetti taking his berth on the wing.

“In Cork we are going to face a definitely complicated match, Ireland are a team that makes very few mistakes and that knows how to adapt very well to game situations,” said Brunello.

“Two successes out of two, moreover, speak for themselves: perhaps they have not so far highlighted striking individualities, but theirs is an effective and organised rugby.

“Especially in the drive, furthermore enriched by a very solid mentality, as demonstrated by the victory for a point in France, at the last second of a very tight game.

“For our part, we must remain focused and be good at managing the long wave of the result against England, channeling all that positivity in the most functional sense to our game plan, and above all keeping our feet firmly on the ground, aware but humble.”