Wales’ hard-earned Round 5 win over Scotland points to a bright future for Welsh rugby, according to coach Ioan Cunningham.

The hosts yielded a 32-24 triumph at Cardiff Arms Park to finish fourth in the 2021 Six Nations Under-20s standings, despite Harri Deaves’ sending off leaving them a man down for over half-an-hour.

Lock Christ Tshiunza notched the first of five tries in an exhilarating first half, with teammates Joe Hawkins and Cameron Jones, and Scotland’s Patrick Harrison and Michael Gray, also touching down.

Ben Muncaster quickly capitalised on the red card shown to Wales replacement Deaves shortly after the break, but the hosts fought their way over the line with a penalty try and six points from Sam Costelow’s boot.

And with a significant proportion of Wales’ squad qualifying for the Under-20s Championship again next year, Cunningham believes their latest success will stand them in good stead going forward.

He said: “There have been massive strides and learning throughout this campaign for these young players, and their understanding of what it takes to win and the discipline side of things has improved dramatically.

“My heart rate was quite high after that one! It was one of those games where the players put the coaches through a lot, but I’m delighted the boys saw out the win. I thought they deserved it.

“They’ve shown a lot of heart and spirit throughout the Championship. A lot of the boys will be coming back to this stage next year, and finishing on a win is certainly a good platform.” 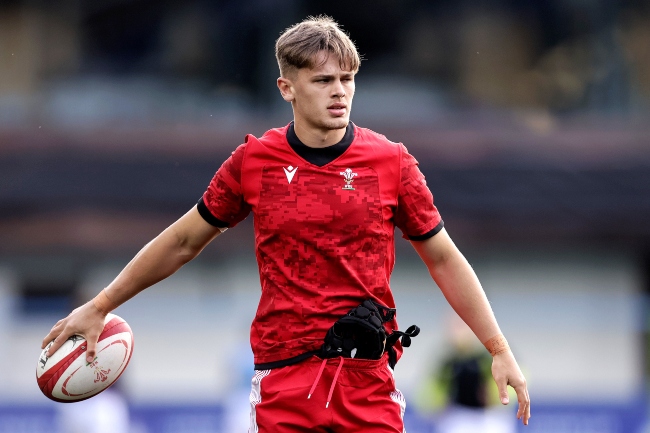 Victory over Scotland marked Wales’ second of the 2021 Six Nations Under-20s, with a Round 1 25-8 success against Italy having temporarily raised hopes of a first Championship title since 2016.

But after 40-12, 36-19 and 45-3 defeats to Ireland, France and England respectively, skipper Alex Mann was full of pride after his squad ensured they rounded the Championship off on a high.

Back-rower Mann added: “We talked all week about how we wanted to end on a positive note. We’ve had glimpses of quality in games, and I’m so glad we got over the line.

“It was a really intense match. It was always going to be tough being the last game of the tournament, but we dug in, we found something, and we worked really hard for each other.

“The Championship has been a massive learning experience. It’s helped me improve as a player and a leader, and that’s what I’m always striving to do. Hopefully I can keep making strides now.”

Share this article:
Previous Story Le Garrec: Runners-up spot marks fitting send-off for departing players
Next Story Vote for your Try of Round 5 in the Six Nations Under-20s